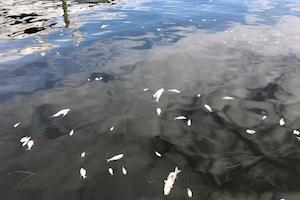 Oct 3, 2018 - The FWC releases statewide red tide reports on Wednesdays and Fridays between 4 p.m. and 5 p.m. But this week prior to Wednesday's report, some people in Destin and South Walton were saying they didn't need the official report to know there is a problem.
:: Read more via nwfdailynews.com
Rescue network saves sick manatees, sea turtles from toxic red tide 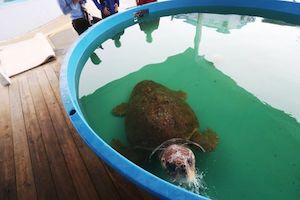 Sep 1, 2018 - Heather Barron snatched a fist-sized blue crab from a bucket with a pair of 18-inch hemostats, dangled it in a tank that contained a 380-pound female loggerhead sea turtle and hoped.
:: Read more via news-press.com
Santa Fe River - June 2018 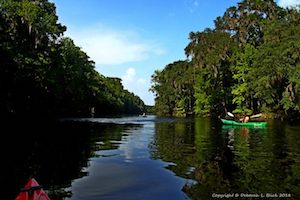 Jun 21, 2018 - A friend called and said she was in need of a short, relaxing trip on cool water. She suggested the Santa Fe. She enjoyed playing with her new SUP and I was hunting up what little wildlife there is to see along the Santa Fe in hopes of getting some good photos with my new camera.
:: Read more via 5-staryakpak.org
Mom and daughter manatees returned to Florida waters 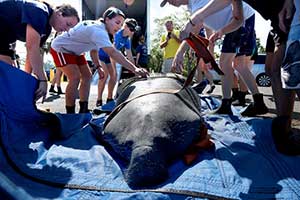 Jun 24, 2016 - The two manatees, nicknamed Shamrock and Emerald, were cared for at the Lowry Park Zoo. The calf, Emerald, was still dependent on her mother, who suffered a boat-strike injury.
:: Read more via tampabay.com
Set 2 of 7
State wildlife officials put one-year pause on bear hunting 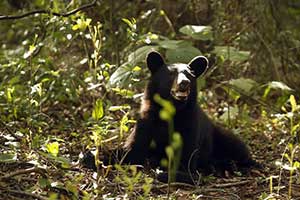 Jun 24, 2016 - Florida wildlife officials voted to hold off on future bear hunts in the state until they can gather more information. The Florida Fish and Wildlife Conservation Commission voted 4-3 not to hold a bear hunt this year.
:: Read more via gainesville.com
Beth Kassab: State laying groundwork for another bear hunt 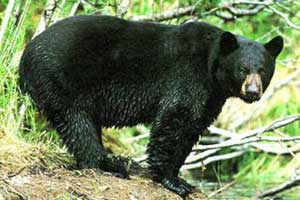 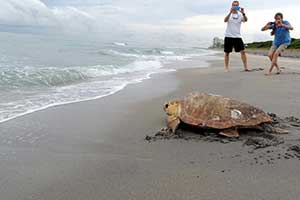 May 20, 2016 - When the loggerhead sea turtles arrived at a Boca Raton rehabilitation facility last December, the specialists weren't sure if the two would pull through. However....
:: Read more via sun-sentinel.com
Real Mermaids? Not Really, But… 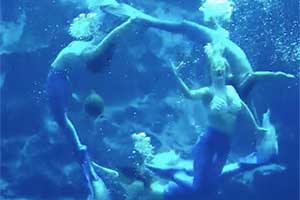 May 16, 2016 - Mermaids -- half woman, half fish -- are not supposed to exist. But for almost 70 years, mermaids have been swimming in the southeastern state of Florida. VOA recently visited the Weeki Wachee freshwater spring to learn about these mermaids.
:: Read more via learningenglish.voanews.com
Set 3 of 7
Seasonal manatee slow-zones in effect April 1-Nov. 15 in Florida 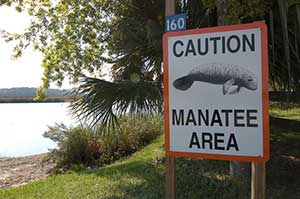 Apr 2, 2016 - From April 1 through Nov. 15, seasonal manatee zones require boaters to slow down in certain areas to prevent manatees from being struck by motorboats or personal watercraft. FWC law enforcement officers will be on patrol in state waters.
:: Read more via tcpalm.com
US wildlife officials to soon decide on manatee status 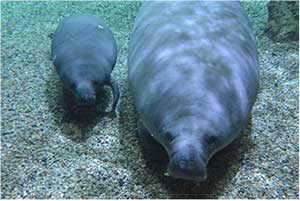 Mar 28, 2016 - TAMPA - A proposal to drop the state's signature sea mammal from the endangered species list may come down to science versus public opinion.
:: Read more via gainesville.com
Lawmakers to address conservation spending, bear-human conflicts 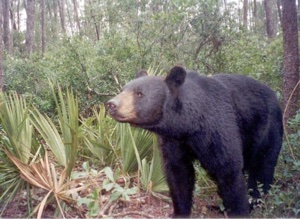 Jan 13, 2016 - State legislators have reached a hard-fought compromise on comprehensive bills to try to clean up and protect some of Florida's most precious waterways, but expect to see much debate over other environmental issues, especially how to divvy up the nearly $1 billion in Amendment 1 money for land and water conservation.
:: Read more via m.news-journalonline.com
Feds to reclassify manatees from 'endangered' to 'threatened' 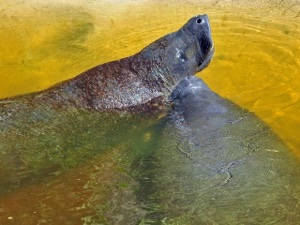 Jan 10, 2016 - Within a year, federal wildlife officials plan to reclassify the long-embattled Florida manatee from "endangered" to the less serious status of "threatened."
:: Read more via floridatoday.com
Set 4 of 7
SeaWorld Taking Care Of Orphaned Manatee Calf 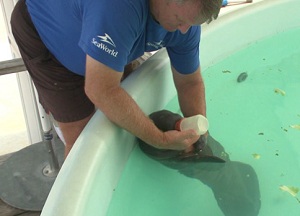 Sep 8, 2015 - ORLANDO (CBSMiami) - Taking care of an orphaned manatee has become a real 'labor of love' for the animal care staff at SeaWorld Orlando. About a week ago, the 3-week old calf was rescued from the Tomoka River behind a residential home in Ormond Beach. The tiny 66-pound calf had been on her own for more than 24 hours.
:: Read more via miami.cbslocal.com
14 Fun Facts About Manatees 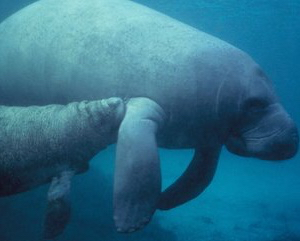 Sep 8, 2015 - All three species of manatee-the Amazonian manatee, West Indian manatee, and West African manatee-and the related dugong are considered vulnerable (defined as facing a high risk of extinction in the wild) by the IUCN Red List of Threatened Species.
:: Read more via smithsonianmag.com
The Rivers & Beaches of Wakulla County 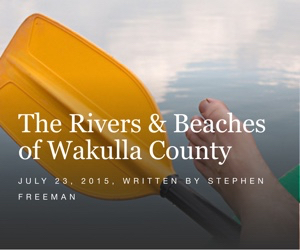 Aug 13, 2015 - Situated on the Gulf Coast is one of Florida's best hidden treasures. The rivers and beaches of Wakulla County provide an abundance relaxing and adventurous activities, including boating, fishing, kayaking, canoeing, scalloping, and snorkeling
:: Read more via visitwakulla.com
Even Manatees Need Their Space: Proposal to Restrict Public Contact 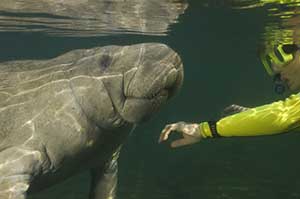 Aug 12, 2015 - The U.S. Department of Fish and Wildlife holds two meetings this week - on Wednesday night for companies that run swim-with-the-manatee tours, and on Thursday night for the general public.
:: Read more via publicnewsservice.org
Set 5 of 7
2015 Audubon Photography Awards Top 100 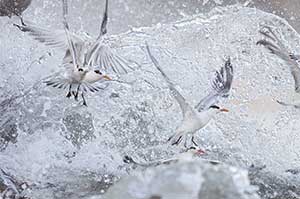 Aug 5, 2015 - Of the 9,000+ photos submitted, these were the judges' favorites.
:: Read more via audubon.org
Bondi joins other states in lawsuit over protecting wetlands 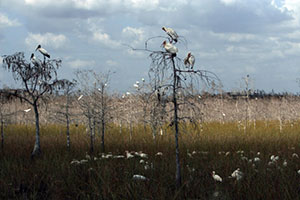 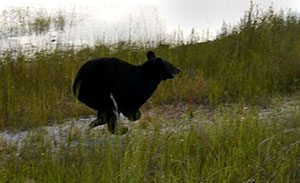 Jun 25, 2015 - Until three years ago, the Florida black bear was a legally protected species in Florida, not to mention one of the state's most prominent symbols for wildlife conservation. Now, the bear is about to get a target on its back.
:: Read more via tampabay.com
BP oil spill linked to Gulf dolphin die-off, study says 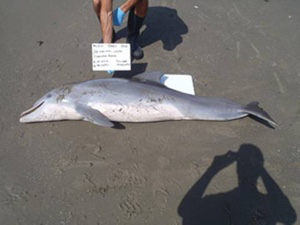 May 26, 2015 - In a study published Wednesday, a team of researchers from the National Oceanic and Atmospheric Administration found that dead dolphins that washed ashore in areas hardest hit by the oil spill between 2010 and 2012 suffered from damage to the adrenal gland or bacterial pneumonia.
:: Read more via miamiherald.com
Set 6 of 7
Florida by Water: Tackle the 'Saltwater Appalachian Trail' 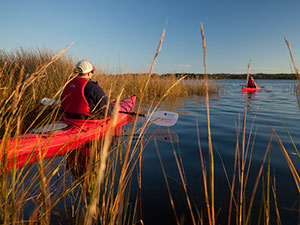 May 18, 2015 - The Florida Circumnavigational Saltwater Paddling Trail, or CT, is the state's longest sea kayaking trail. Referred to as the saltwater version of the Appalachian Trail, the 1,515-mile route is divided into 26 segments.
:: Read more via travel.nationalgeographic.com
Manatee gets special wetsuit after accident 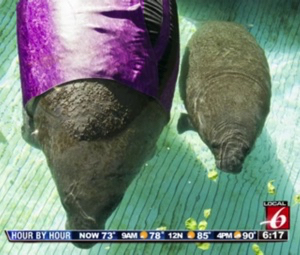 May 15, 2015 - SATELLITE BEACH, Fla. -
A mother manatee received a special gift for Mother's Day after she was rescued by teams at SeaWorld.The manatee was hit by a boat and suffered a collapsed lung and was having trouble floating. She was rescued in waters near Satellite Beach.
:: Read more via m.clickorlando.com
Has the Gulf recovered 5 years after the oil spill? 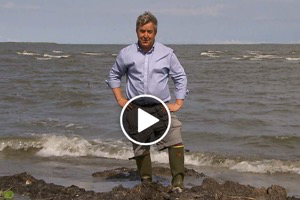 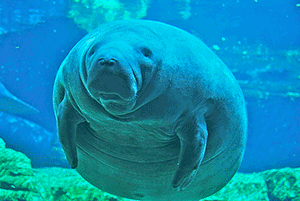 Apr 16, 2015 - In an email recently released by Public Employees for Environmental Responsibility (PEER), a park official documents one particularly ugly run-in with a group of fashionistas who were using manatees as a backdrop for a photo shoot.
:: Read more via browardpalmbeach.com
Set 7 of 7
April 18, 2015 - Wakulla Wildlife Festival - 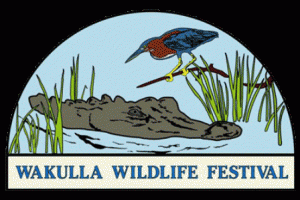 Apr 14, 2015 - The annual Wakulla Wildlife Festival will be held this Saturday on the 18th at Wakulla Springs State Park. The festival is a celebration of the area's wildlife and is intended to be especially inviting for children and the child in everyone.
:: Read more via wakullawildlifefestival.com
Birding Gemini Springs, July 2014 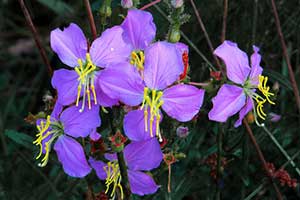 Jul 1, 2014 - In July I birded at Gemini Springs 5 times and recorded 31 different species. It's a bit pathetic, but it's a great improvement over the measly 25 I saw during July 2013. The complete list from this month is at the end of this post.
:: Read more via poweredbybirds.com
It's Raining Turtles 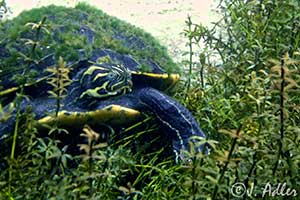 Aug 18, 2013 - It's raining cats and dogs never made a whole lot of sense to me. Never in my life have I walked outside and seen cats and dogs falling from the sky. In fact, I've never even seen a cat fall from a tree. But today, it was raining turtles.

Disclaimer
This website is not affiliated with any local, state or federal entity. We publicly support the Springs of Florida, the Florida Aquifer all Florida water ways. We want to share what we find and make it easier for others to find Florida Springs related information.